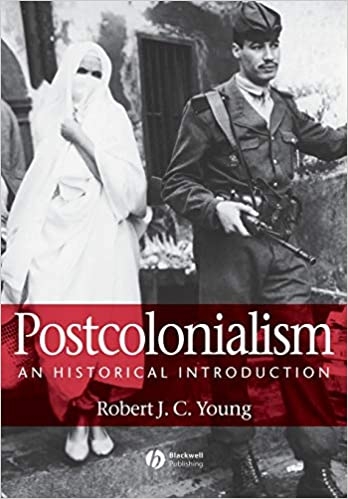 This key new introduction, by one of the leading exponents in the field, explains in clear and accessible language the historical and theoretical origins of post-colonial theory. Acknowledging that post-colonial theory draws on a wide, often contested, range of theory from different fields, Young analyzes the concepts and issues involved, explains the meaning of key terms, and interprets the work of some of the major writers concerned, to provide an ideal introductory guide for those undergraduates or academics coming to post-colonial theory and criticism for the first time.

"In pursuing the historical past of postcolonial discourse, Robert Young makes a truly insightful and inventive contribution to the development of the field. His intricate and exhaustive study finds its inspiration in the exhilarating events and ideals of anti-colonialist struggle. Inspired by the imaginative spirit of emancipation, Young argues that the great anti-colonial movements were also transformative and hybrid moments that reshaped both power and knowledge. The fine achievement of this provocative account lies in reviving and revising the remarkable dawning of the Third World as we emerge into the global conceits of the third millennium." Homi K. Bhabha, Harvard University

"Robert Young points postcolonial studies in new directions, paradoxically by offering a timely reminder of the field's historical beginnings in anticolonial struggles. This book combines scholarship and polemic admirably in its project of situating and redirecting postcolonial studies today. It is a major work, marking a turning-point in thinking and research in the field." Rajeswari Sunder Rajan, Nehru Memorial Library, New Delhi

"Steadfastly avoiding the glib formulas and fashionable notions with which Eng Lit is now awash, Young gives us instead a meticulously researched, soberly detailed set of histories - of classical European colonialism, international socialism, and a range of nationalist movements from China and Egypt to Cuba and Algeria. The result is a timely portrait of the various unsavoury ways in which the West has sought cynically to derail emancipation of others while prating piously of its own liberties." Terry Eagleton, Times Literary Supplement

"Young (Oxford) offers a panoramic view of the political and intellectual origins of postcolonial thought. Young helpfully synthesizes a great deal of material. In addition to the canonical topics, he covers some that are neglected by most scholars. Highly recommended for upper-division undergraduates through faculty." Choice

"Young does a brilliant job in laying the foundations for the further understanding of this urgent dilemma." Times Higher Education Supplement

This key introduction explains in clear & accessible language the historical & theoretical origins of postcolonial theory. The book analyzes the concepts & issues involved, explains the meaning of key terms, & interprets the work of some of the major writers concerned.

This innovative book by one of the leading exponents in the field introduces ‘postcolonialism' in both theoretical and historical terms.

Robert Young provides a wide-ranging analysis of postcolonial theory's emergence from anticolonial movements in Europe, Africa, Asia, and Latin America, tracing the development of a transnational third-world counter-modernity through the work of major figures of the freedom struggles, including Cabral, Connolly, Fanon, Gandhi, Guevara, Nkrumah, Mao, Mariátegui, and Senghor, and through the roles played by women activists.

Young suggests that the anti-colonial movements were revolutionary mixtures of the indigenous and the cosmopolitan, diasporic formations of intellectual and cultural resistance that produced new kinds of knowledge that flourished alongside anti-colonial political practice. Postcolonial theory marks the intrusion of these radically different perspectives into the academy, hitherto dominated by the criteria of the west.

Young argues that while postcolonial critique challenges established, eurocentric knowledge in the cultural sphere, it must continue to work in the spirit of the anticolonial movements by further developing its radical political edge to enforce social justice on a global basis.

This is a stimulating introduction for those new to postcolonial theory, while offering more advanced readers a fresh perspective on the dynamics and history of the field.

Robert J. C. Young is Professor of English and Critical Theory at Oxford University and a fellow of Wadham College. He is the author of White Mythologies: Writing History and the West (1990), Colonial Desire: Hybridity in Theory, Culture, and Race (1995), and Torn Halves: Political Conflict in Literary and Cultural Theory (1996). Robert Young is also the General Editor of Interventions: International Journal of Postcolonial Studies.

War! What Is It Good For? : Conflict and the Progress of Civilization from Primates to Robots

The Fall of Public Man: On the Social Psychology of Capitalism

The Obstacle is the Way: The Ancient Art of Turning Adversity to Advantage

Grand Hotel Abyss: The Lives of the Frankfurt School

Russia Without Putin: Money, Power and the Myths of the New Cold War