Mua sách How To Read and Why | 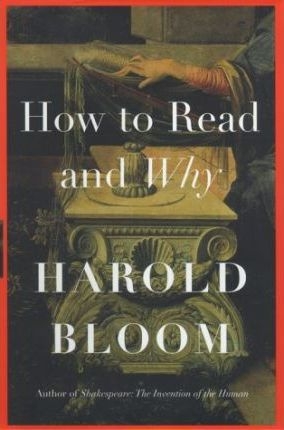 How To Read and Why

At a time when faster and easier electronic media threaten to eclipse reading and literature, the renowned literary critic explores reasons for reading, offering inspirational analyses of seminal works of literature, and demonstrates the aesthetic pleasure reading can bring.

Harold Bloom's urgency in How to Read and Why may have much to do with his age. He brackets his combative, inspiring manual with the news that he is nearing 70 and hasn't time for the mediocre. (One doubts that he ever did.) Nor will he countenance such fashionable notions as the death of the author or abide "the vagaries of our current counter-Puritanism" let alone "ideological cheerleading." Successively exploring the short story, poetry, the novel, and drama, Bloom illuminates both the how and why of his title and points us in all the right directions: toward the Romantics because they "startle us out of our sleep-of-death into a more capacious sense of life"; toward Austen, James, Proust; toward Thomas Mann, Toni Morrison, and Cormac McCarthy; toward Cervantes and Shakespeare (but of course!), Ibsen and Oscar Wilde.

How should we read? Slowly, with love, openness, and with our inner ear cocked. Then we should reread, reread, reread, and do so aloud as often as possible. "As a boy of eight," he tells us, "I would walk about chanting Housman's and William Blake's lyrics to myself, and I still do, less frequently yet with undiminished fervor." And why should we engage in this apparently solitary activity? To increase our wit and imagination, our sense of intimacy--in short, our entire consciousness--and also to heal our pain. "Until you become yourself," Bloom avers, "what benefit can you be to others." So much for reading as an escape from the self!

Still, many of this volume's pleasures may indeed be selfish. The author is at his best when he is thinking aloud and anew, and his material offers him--and therefore us--endless opportunities for discovery. Bloom cherishes poetry because it is "a prophetic mode" and fiction for its wisdom. Intriguingly, he fears more for the fate of the latter: "Novels require more readers than poems do, a statement so odd that it puzzles me, even as I agree with it." We must, he adjures, crusade against its possible extinction and read novels "in the coming years of the third millennium, as they were read in the eighteenth and nineteenth century: for aesthetic pleasure and for spiritual insight."

Bloom is never heavy, since his vision quest contains a healthy love of irony--Jedediah Purdy, take note: "Strip irony away from reading, and it loses at once all discipline and all surprise." And this supreme critic makes us want to equal his reading prowess because he writes as well as he reads; his epigrams are equal to his opinions. He is also a master allusionist and quoter. His section on Hedda Gabler is preceded by three extraordinary statements, two from Ibsen, who insists, "There must be a troll in what I write." Who would not want to proceed? Of course, Bloom can also accomplish his goal by sheer obstinacy. As far as he is concerned, Don Quixote may have been the first novel but it remains to this day the best one. Is he perhaps tweaking us into reading this gigantic masterwork by such bald overstatement? Bloom knows full well that a prophet should stop at nothing to get his belief and love across, and throughout How to Read and Why he is as unstinting as the visionary company he adores. --Kerry Fried

This aesthetic self-help manual is a reliably idiosyncratic guide to what Yale literary critic Bloom calls "the most healing of pleasures"A reading well. In chapters that focus on short stories, poems, novels and plays, Bloom takes readers on a swift but satisfying joyride through the West's most outrageous, original and exuberant textsAclassics by Chekhov, Flannery O'Connor, Borges, Dickinson, Proust, Ralph Ellison and Toni Morrison, among others. Unconventionally organized by literary genre, his text is passionately anecdotal and observant. By asking great questionsA"Why does Lady Bracknell delight us so much?"; "How does one read a short story?"ABloom hopes to influence our reading lists and habits. He gives some texts, such as Moby-Dick, almost cursory treatment; others he discusses at length. Fans of his bestselling Shakespeare: The Invention of the Human (1998) will find the lengthy discussion of Hamlet here to be a kind of coda. Overall, this book is a testament to Bloom's view that reading is above all a pleasurably therapeutic event. "Imaginative literature is otherness, and as such alleviates loneliness," he notes, reminding us of what's inexhaustible about writers such as Whitman and Borges and attesting to the satisfaction that literary texts offer our solitary selves.

Mua sách How To Read and Why

The Art of the Personal Essay: An Anthology from the Classical Era to the Present

How To Think More About Sex (The School of Life)

The Art of the Novel

Art of the Novel